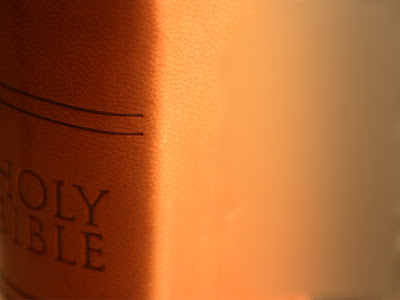 Let the heavens rejoice, and let the earth be glad...Let the field be joyful...before the LORD: for he cometh, for he cometh to judge the earth: he shall judge the world with righteousness, and the people with his truth.
Ps 96:11a, 12a, 13

Folks feel that they can find truth in many venues. They think that all religions have elements of truth, that many philosophies contain virtue. But the fact is that there is truth and there is error. Any admixture of the two become only error. Poison mixed into pure water in any amount contaminate the water, rendering it impure.

There is God's truth, absolute, timeless, irrevocable and indisputable and everything else is error.

Jesus laid exclusive claim to the truth. Truth comes from Him and is embodied in Him. He said, I am the way, the truth and the life, no man cometh to the Father but by me.

From this central truth springs every other truth in creation. Whether it be a mathematical equation, a natural law, or a moral truth, it all flows from the pure mind of God.

When man chooses to twist a truth, or to add or subtract from it, it's purity is compromised and it is no longer truth. Whether one says that no longer is it 2+2, but it now is 2.5+2=4, or whether he says that PI is now 3.4, it matters not, he is wrong. We may say "that's close enough" but it might as be a hundred miles away.

A simple misnomer like that in ocean navigation could mean the difference between New York and Brazil in the end.

A little bit of error in the matter of theology can mean the difference between heaven and hell. God's truth is that we are saved by grace through faith. Man often seeks to tweak that a bit. He attempts to add a little water baptism to God's formula, or take away the factor of man's inherent sinfulness. Perhaps man would like to tweak the truth of the deity of Jesus. Suddenly, you have no little problem, but a huge lie which changes eternal destinies.

God's truth is the standard by which everything and everyone will be judged when He returns. His righteous standard of absolute truth will be the measuring stick. Vain philosophies of man will have no part in eternal outcomes.

God's Word is truth. There is no admixture of error therein. We ought to be daily dosing ourselves with copious amounts of His truth while avoiding and shunning the world's error.
Posted by Pastor Fuller at 5:48 AM