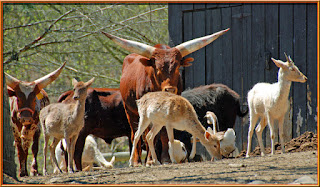 Most people believe that God brought the animals two by two into the ark. That is only partially true. The "clean" animals were to be brought in by sevens, four males and three females. The reasons for this are two-fold.

But the reason for the remaining male animal was that it was reserved for sacrifice once they exited the ark.

I suppose we could also make a case for the seven animals being that this is God's number of completion. By the way, there were 8 human souls on board, God's number of grace and renewal.

So, there you have it. God's Word once again messes up a number of pithy little songs and beliefs.
Posted by Pastor Fuller at 8:40 AM No comments:

Go tell it on the Mountain


Joh_18:37  Pilate therefore said unto him, Art thou a king then? Jesus answered, Thou sayest that I am a king. To this end was I born, and for this cause came I into the world, that I should bear witness unto the truth. Every one that is of the truth heareth my voice.

The coming of Christ to earth is good news! It is the truth of the incarnation (God with us), the life, the teachings of Christ, His death for us and His resurrection. It is a story that needs to be told over and over again, not just by gifted “gospel sales people” but by you and me!

An African-American spiritual song, compiled by John Wesley Work, Jr., dating back to 1865, has become a well beloved Christmas song.  It says:

While shepherds kept their watching
o’er silent flocks by night,
Behold, throughout the heavens
There shone a holy light

The shepherds feared and trembled,
When lo! above the earth,
Rang out the angel’s chorus
That hailed our Savior's birth.

Down in a lowly manger
The humble Christ was born
And God sent us salvation
That blessed Christmas morn.

Tears streaking her cheeks, Evie Brand pleaded with her mission board. Rules were rules, they answered. She was too old to go back to India. She must retire.

Evie had sacrificed her comforts, her tiny income, her family for the work. With her husband, Jesse, she had pioneered on the Mountains of Death until he died of fever. Year after year, she lived entirely on a small inheritance and set aside her official salary to buy parcels of land for the mission. But the board said it made no sense to appoint a sixty-eight year old woman to another five year term.

Evie did not see it that way. Years ago, she and her husband Jesse had vowed to reach five mountain ranges with the gospel. Four still had to be reached. Evie felt that God intended for her to fulfill that vow. She saw one last chance. "Please just send me back for one year," she pleaded. "I promise not to make any more trouble. At the end of one year I will retire."

Reluctantly the board agreed. Had they known Evie's secret plan, they would surely have refused. When her year with the mission ended, fellow missionaries gathered to wish her goodbye. Then came the shocker. Evie gleefully informed them that she was retiring from the mission-- retiring to take up independent work in the mountains. She would fulfill the promise that she and Jesse had undertaken years before. Protests and warnings fell on deaf ears.

Rejoicing, seventy-year-old Evie began to fulfill Jesse's dream. Everyone called her "Granny," now, but she felt young. She traveled from village to village, riding a hill pony, camping, teaching, and dispensing medicine. She rescued abandoned children. The work was hard because her body was thin now. Life became even more difficult when she was dropped by her carriers and whacked her head on a rock. She never completely recovered her balance after that.
She took to walking with bamboo canes in her hands. Yet the face that she turned upon the world was full of joy and laughter. "Praise God!" she exclaimed continually.

Despite broken bones and fevers, she labored on. In fifteen years, she almost eradicated Guinea worm from the Kalryan range. (Guinea worms grow several feet long under a person's skin.)

Through her efforts, the five ranges were evangelized, and a mission work planted on each. She added two more ranges. "Extraordinary," said people. Granny insisted it was all God's doing.

Whether on her mountains or off, she proclaimed Christ. In a hospital with a broken hip, she scooted on a carpet from room to room and talked to the other patients. She painted landscapes for them. Her bones knit in record time and back she went to the mountains to fight marijuana growers. Her son Paul visited her and found her looking not older but younger. "This is how to grow old," he wrote. "Allow everything else to fall away, until those around you see just love."
Granny tore some ligaments and had to go to the plains for treatment. Before she could return to her beloved mountains, her speech became jumbled and her memory failed. Seven days later, on this week, December 18th, 1974, she died. The next day her body was taken back to the hills and laid beside Jesse's while a multitude wept. The woman who was considered too old for missions had carried on for twenty-four more years.

There are mountains yet needing to hear the gospel. But what are we doing with our lives? What are we doing with the story that needs to be told? The story of God, in love, sending His only begotten Son, so that whoever believes on Him shall not perish, but have everlasting life!

Have you come today, needing to hear about Jesus, the answer to your every need? He told Pilate, just before His death, that He came to bear witness to the truth.

The truth is that we are all sinners in need of a Savior.
That He gave His life for us, to pay sin’s penalty.
That He lives again to save you.


Gen 6:5  And GOD saw that the wickedness of man was great in the earth, and that every imagination of the thoughts of his heart was only evil continually. 6  And it repented the LORD that he had made man on the earth, and it grieved him at his heart. 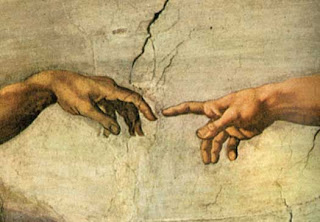 The word, "repented" here implies that God breathed a deep, sorrowful sigh that He had made man.

The omniscient Creator knew what centuries of sinful ugliness at its despicable worst would do to dislodge the fellowship of man from his Maker.

In a ponderous moment, He regretted that His pure act of creation that brought a sigh of "that's good!" has been so marred by free-will's rebellion.

Yet, grace was given even then as His servant Noah found grace in the eyes of the Lord and the world was spared and saved by one man's faith.

Here, on the eve of advent, in another age where sin is just as rampant, we think of another man's work which spared and saved the world of those which would believe. Jesus came into the world to save sinners, of whom I am chief. I can only imagine that, as His Son hung on a cross, God sighed again and contemplated the cost of redeeming His creation.

"And the Word became flesh, and we beheld his glory, the glory of the only begotten of the Father, full of grace and truth."  Jn 1:14
Posted by Pastor Fuller at 9:56 AM No comments:

The Precious, Wonderful Gift of God


Jn 4:10  Jesus answered and said unto her, If thou knewest the gift of God, and who it is that saith to thee, Give me to drink; thou wouldest have asked of him, and he would have given thee living water. 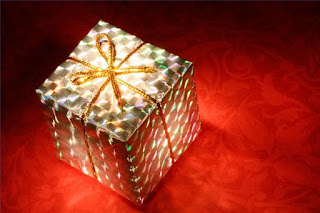 The time of lavish gift-giving is upon us. Our love is demonstrated as we sacrifice to give to those who mean the most to us.

Thomas A Kempis wisely quipped, “A wise lover values not so much the gift of the lover as the love of the giver.”

We notice in John 3:16 that God SO LOVED the world, that He gave His unique and precious Son that we might have everlasting life. How much did He love us? SO much that He gave us Jesus.

Can I be open and honest? We spent a lot of money for our kids on just a very few gifts. When they get mean and ornery, I ask myself, “Do they deserve what we have done for them?” Well, no more than I deserve the Gift of Jesus Christ and the eternal life that He purchased for me on the Cross. It is not about being deserving of a gift, it is about being loved by the Giver. If it was a matter of deserving, then it would cease to truly be a gift.

Giving gifts is a matter of grace, the bestowing of that which is undeserved.

Tomorrow, knowing history and the way they do things, I suspect my church will call me to the platform after the morning service and the deacon will present me with some lavish gift. My thought will be, “I am an unprofitable servant. I have done that which was my duty to do (barely).”  But, I will humbly accept their gift of love and try not to frit it away, but to use it in a worthy manner.

Our Lord was the very first of the lavish Christmas gift Givers, when He wrapped His Son in human flesh and sent Him to the tree of Calvary. I am so totally undeserving, for I often get mean and ornery, as well as disobedient. But I am so very appreciative of that unspeakable Gift. I don’t wish to frit it away but appropriate my Gift in a worthy manner.

“The only gift is a portion of thyself.” R.W. Emerson.

Thank you, Lord, for your wonderful, sacrificial, lavish Gift given that very first Christmas, the Gift that keeps on giving.

Posted by Pastor Fuller at 8:19 AM No comments: