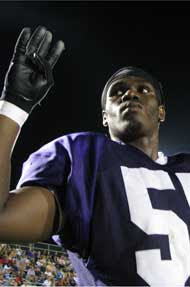 Luke 2:25 And, behold, there was a man in Jerusalem, whose name was
Simeon; and the same man was just and devout, waiting for the consolation
of Israel: and the Holy Ghost was upon him. 26 And it was revealed unto
him by the Holy Ghost, that he should not see death, before he had seen the
Lord's Christ. 27 And he came by the Spirit into the temple: and when the parents
brought in the child Jesus, to do for him after the custom of the law, 28 Then took he him up in his arms, and blessed God, and said, 29 Lord, now lettest thou thy servant depart in peace, according to thy word: 30 For mine eyes have seen thy salvation,


There are a whole slew of godly elders whose lives have entered the golden years. For years they have preached, longed for and loved the appearing of our great God and Savior, Jesus Christ.

But now their bodies are riddled with pain. Their hair has lost its sheen, their step has slowed considerably. Unless the promise of His return is fulfilled soon, they will be going the way of all the earth.

Simeon, that august, Spirit-filled believer who served God faithfully and trusted that he would see Christ's day, was soon to meet old man death. I can only imagine he felt a twinge of disappointment that he was nearing the end and would not see the promise fulfilled.

But God has the most fantastic timing. It is always darkest just before the dawn. Just when many are tempted to give up, God tends to show up. The fourth quarter seems to be God's favorite part of the game. He delights in snatching victory from the jaws of defeat. And so, this grizzled veteran of the faith got to hold in his hands that which he had yearned for so long. His faith became sight.

And as it was with Simeon, who got to see Israel's consolation just days before his demise, so it may be with this slew of godly giants of our day who pointed us to the cross, then toward the ripened fields and finally toward the eastern sky. It could be that some of them have to go on home and will return to meet us in the air, but it could be that they emulate Simeon of old and see their consolation just before journey's end. After all, this is the hope of the believer.
Posted by Pastor Fuller at 6:35 PM