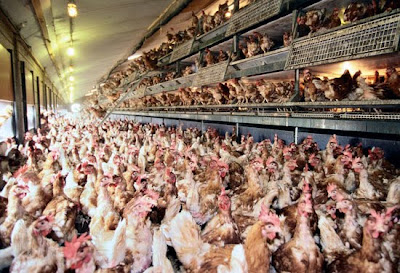 Jdg 7:2 And the LORD said unto Gideon, The people that are with thee are too many for me to give the Midianites into their hands, lest Israel vaunt themselves against me, saying, Mine own hand hath saved me.
Jdg 7:3 Now therefore go to, proclaim in the ears of the people, saying, Whosoever is fearful and afraid, let him return and depart early from mount Gilead. And there returned of the people twenty and two thousand; and there remained ten thousand.

Judges is the book of failure. Israel had gone from slave mentality (Egypt and the wilderness) to warrior mentality (conquering the land). And now, during this time of the Judges, they have become something of a joke, a by-word, softies, chickens!!!

The Lord warned them what would happen if they took up with the earliest Palestinians. They would be cursed failures. And now, here they are being oppressed by 3rd rate potentates time and again.

Alas, they see the need of getting right with God...again, and God sends them Gideon as judge and deliverer.

He amasses an army 32,000 strong to rebel against the oppressors and the Lord declares that that is too many. If they win with an army of that size, they will take the credit and God will not receive the glory. So God commands Gideon to pare the troops down.

He gives the chicken hearts an out, "if you are scaredy-cats, go home." 22,000 high-tail it for the safety of mama's apron.

Israel had slipped a mighty long way from where it had been. I believe they lost confidence over the years because God obviously was no longer interested in being strong on their behalf, thanks to their sin.

Application: Remember the early days of your salvation when you could have charged hell with a squirt gun? But today, the very thought of sharing a word of testimony with a co-worker makes you cower in fear. What happened? Did you get wise? Are you now more tactful? Or is the truth really that you have lost power and confidence because your walk with God isn't what it used to be?

I think of our obese, lazy, apathetic, ignorant nation. We used to proud patriots that could, would and did face insurmountable odds against us to make our nation free and great. Blessed is the nation whose God is the Lord. But sin is a reproach to any people.

Our chickens have come home to roost.
Posted by Pastor Fuller at 9:25 AM