Come all the way out! 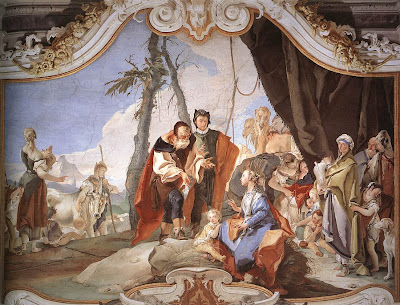 Gen 31:19 And Laban went to shear his sheep: and Rachel had stolen the images that were her father's.

Rachel is guilty here of a common crime among God's people. God had called her out of her home to go to the Promised Land. But we see her stealing a couple of idols and hiding them in the pleats of her garment on the way out the door. She came out alright, but not totally out.

It is kind of like the Church of England and a few others of the Protestants who 'reformed' from the Roman Church a few centuries ago. They came out, but brought a few of Mama's gods with them; liturgy, mass, formalism, etc.

We Christians tend to do the same, in that, while we are the called out from the world, the ecclesia, we are like to carry a few of our idols with us. Ungodly habits, worship of our own egos, money, pleasure, ad infinitum.

God has invited us from the world and to Himself in saying, "Wherefore come out from among them, and be ye separate, saith the Lord, and touch not the unclean thing; and I will receive you." II Cor 6:17

Let us be diligent in coming all the way out and not hang on to the useless false gods. God's promise is that He will receive us unto Himself.
Posted by Pastor Fuller at 2:36 PM