The Disillusionment of a Bedeviled Church Officer 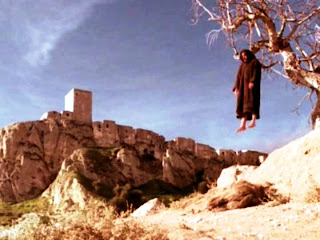 Matt 26:7 There came unto him a woman having an alabaster box of very precious ointment, and poured it on his head, as he sat at meat. 8 But when his disciples saw it, they had indignation, saying, To what purpose is this waste? 9 For this ointment might have been sold for much, and given to the poor. 10 When Jesus understood it, he said unto them, Why trouble ye the woman? for she hath wrought a good work upon me. 11 For ye have the poor always with you; but me ye have not always. 12 For in that she hath poured this ointment on my body, she did it for my burial. 13 Verily I say unto you, Wheresoever this gospel shall be preached in the whole world, there shall also this, that this woman hath done, be told for a memorial of her. 14 Then one of the twelve, called Judas Iscariot, went unto the chief priests, 15 And said unto them, What will ye give me, and I will deliver him unto you? And they covenanted with him for thirty pieces of silver. 16 And from that time he sought opportunity to betray him.

Jesus was the perfect pastor to these disciples who made up 10% of the first church. But it wasn't a perfect church.

Did you get that? The church that Jesus started and led and pastored and taught was not perfect! Later they would have division and priority issues. Now, they had a problem with an officer. The treasurer was a backstabber, out to line his pockets and push his agenda. And when he didn't get his way, he sought opportunity to bring the leader down.

Now, I wonder, had the first church opportunity to choose another pastor, would Judas have been the leading candidate? He was assertive, as well as aggressive. He was all about building the bottom line so the church would have plenty of money in the bank. He was careful about not spending money on wasteful projects, like caring for all the riff-raff with their needs. He was very political and nationalistic. He would do anything to overthrow the wicked, oppressive dictatorship that was in place. He associated with men of action who were concealed carry advocates. His dad was a respected Pharisee, so he came from good stock. Why, Jesus had even healed his daddy-o of leprosy. I am sure, to some, Judas was da man!

But he was full of the devil, literally. He thought Jesus, if He was indeed the Messiah, would surely have been all about throwing off the chains of Rome's oppression and setting up the kingdom of God. Jesus was of royal blood, well vetted and qualified to sit on the throne of Israel. Judas would have, no doubt, been appointed to a cabinet position.

But when Jesus made the announcement that He was going to die, imagine the bewilderment of this zealot who had put all of his eggs into the Jesus basket. Since it was now obvious that Jesus wasn't the right one for him to be hitching his wagon to, he looked for an opportunity to get back at Him for all this wasteful spending and failed leadership (in his mind). Besides, he could make a handsome profit off the deal, since his dad's cronies were looking for a way to silence Jesus.

So, the church treasurer works against the Pastor behind the scenes. Little did he know that the power behind his plot was Satan himself. Little did he know that he would pay dearly for his betrayal. Regret and remorse would soon have him hanging from a tree, then toppling from a cliff, bowels gushing out on the rocks below. Then he would burn in hell for eternity, his name a curse word in posterity.

Clue for the clueless: don’t mess with the church, Christ’s bride, His body.

Church trouble makers need to understand the source of their inspiration and the dramatic repercussions of their actions against a godly pastor and the bride of Jesus which he pastors. If they don’t understand why the pastor does what he does and they can no longer abide his leadership, then it is their responsibility to gracefully bow out, find a church where they can serve and be Christian about it.

Hey, no noose is good noose, so get the devil out of there and don't be hanging around, you won't have the guts to do it a second time!
Posted by Pastor Fuller at 7:45 AM