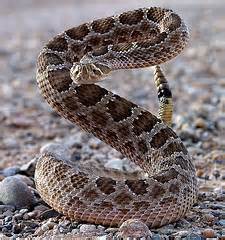 Isa 26:7  The way of the just is uprightness: thou, most upright, dost weigh the path of the just.

There is nothing in my path that has not already been weighed and filtered by the Lord.

He knows all about my problems and has already measured the grace on which I shall draw to travel that trail. Further, He is fully aware of the destination. Meanwhile, whilst I trust completely in the One who orders my path, I will seek deliverance by Him from the perils strewn along the way. He has said that no weapon that is formed against me shall prosper.

About 20 years ago, along with my two good, life-long buddies, Mark and David, we descended into one of the canyons of the Mesa Verde National Park in SW Colorado. We were making good time as we were going further down the switchback trail. In my recollection, I can see the trail, at this point, as being about 3 to 4 feet wide. There was a steep, rocky wall of earth to the left and heavy brush to the right. Mark suddenly high-stepped over a rattler right in the middle of the path, warned the two of us just as David had made his way over it, and I was suddenly frozen in place and facing a coiled beast, ready to strike.

Quickly, David broke off a branch, fashioned a fork in one end, placed it down behind the rattler's head and suddenly shoved it's head into the dirt (saving my hide!!!). What an awesome maneuver that was!

It tried to retreat out of its forked prison. Not wanting that thing loose again to harm us, David increased the pressure and literally tore off its head.

Well, the national parks service doesn't look too kindly on destruction of wildlife, so after we were reported to the officials by the next group on the trail, we were accosted by 4 officers and David was ticketed for harassment of wildlife, $75. I argued that it was the animal that was harassing me! I explained how strange it was that you can kill babies in this country, but you can't kill a coiled rattler ready to strike. The officer told me that argument wouldn't wash here, this was the rattler's home and we were the visitors. After I declared that actually, it is our home and we are commanded to have dominion over the beasts of the field, he took offense and decided that he ought to stick with the original charge of destruction of wildlife, several hundred dollars. David graciously accepted the ticket for the lesser charge and proudly showed the ticket off to his cronies at work back in San Diego.

All that to say, our paths are full of danger. But God is not taken unawares. He has already fashioned the weapon that will put down the enemy.

Sure, we will stumble along the way, but that doesn't jolt Him either. He knows the stuff of which we are made and is glad to lift us up, brush off the seat of our pants, remove the gravel from our skinned-up knees and sends us on our (His) merry way.

Fear not, true believer. God is with you, has gone before you and is also your rearward on the path of life. He knows the end from the beginning and He has already crushed the snake's head!

Posted by Pastor Fuller at 6:59 AM