My Son is a Lunatic


Mat 17:14  And when they were come to the multitude, there came to him a certain man, kneeling down to him, and saying, 15  Lord, have mercy on my son: for he is lunatick, and sore vexed: for ofttimes he falleth into the fire, and oft into the water. 16  And I brought him to thy disciples, and they could not cure him. 17  Then Jesus answered and said, O faithless and perverse generation, how long shall I be with you? how long shall I suffer you? bring him hither to me. 18  And Jesus rebuked the devil; and he departed out of him: and the child was cured from that very hour. 19  Then came the disciples to Jesus apart, and said, Why could not we cast him out? 20  And Jesus said unto them, Because of your unbelief: for verily I say unto you, If ye have faith as a grain of mustard seed, ye shall say unto this mountain, Remove hence to yonder place; and it shall remove; and nothing shall be impossible unto you. 21  Howbeit this kind goeth not out but by prayer and fasting. 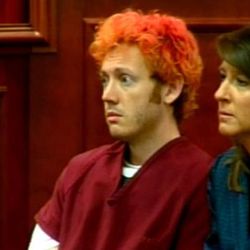 (Author disclaimer: we are not inferring that every person in a mental care facility or every child who acts out is demon possessed. However, it is far more common than any of us would ever care to admit.)

Scary thought for you...our homes and schools, state hospitals, prisons and psych wards are riddled with demon possessed people. Furthermore, it isn't only the students, prisoners or patients we are talking about, but also some of the crazies that are running the institutions!

I am convinced that there are those sitting behind the judicial bench, those in front of the BAR, in the houses of congress, in the pews and yes, even in the pulpits who are riddled with demons. Hollywood, the media and the music industries are cesspools of sinister influence.

In the third world, where Romanism, animism, Hinduism, Buddhism, etc are prominent, so is demon possession. In these "backward" countries, deviltry is evidenced on every hand.

We don't see people levitating and floating down the street or walking through walls or wallowing on the ground. When that happens in the 3rd world, the shaman or a priest is called to do something religious or ritualistic. Candles and incense are burned, prayers to ancestors are offered. All sorts of mumbo jumbo are employed to rid the person of their demon(s). The local religion, which offers no truth, no assurance of sins forgiven and eternal life with Christ in heaven, is lauded and swells in number, power and regard. The devil wins!

Here, things are different. The enemy works just as hard or harder to gain control and damn souls. But, he has to be more subtle here, lest people turn to the dominant religion for answers, and possibly find Christ as their only Hope and the Answer.

Here, demon possession manifests itself in less obvious ways. People sit and cast catatonic stares into a seemingly other world. Kids act up and act out in bizarre fashion (beyond the normal craziness). It is evidenced by mass murder, shooting, rape, and other violent crimes. Some demonized people lose themselves into pornography, sexual perversion, dark video games, and aberrant lifestyles. Others make deplorable judicial decisions, enact asinine laws or even executive orders. There are those who preach and practice heresy and promote the doctrines of devils. We see them protesting military funerals or marching in pervert parades. They can be seen being interviewed on news programs insisting that "500 million years ago, blah, blah, blah." They teach in many of the college class rooms, indoctrinating youth with poisonous socialistic and atheistic philosophy. We see them on TV in bizarre and gaudy outfits smiting people on their heads, healing them, speaking in gibberish, and all the while asking for your money to make their Lear Jet payments.

Rather than calling for a real man of God to deal with the dark forces controlling these people, according to the enemy's design, psychiatrists push psychotropic drugs, commit the victims to mental hospitals and psych units in the hospitals, or they go to in-school suspension. Or worse, they are allowed to stay in power, harming lives, exploiting the oppressed and damning souls.

One "answer" for demon possession in our country is psych drugs. Another answer is to call the demonized normal while the righteous are called right wing nut jobs that ought to be locked away. Let someone even hint that a person is demonized and that person will be a candidate for court-ordered therapy, a regimen of trial drugs, a strait jacket and electroshock therapy.

Oh how subtle is the enemy of our souls. He is a liar and a deceiver, a lion seeking to feast on human souls for which Christ died.

The answer to every problem we have (most of which are spiritual problems) is, always has been and always will be Jesus.

Don't be taken in by the enemy and his cosmos, the world's system, which trends away from God and righteous principles. Immerse yourself in the truth, God’s Word.
Posted by Pastor Fuller at 8:11 AM

Pastor, I am so thankful for your wonderful insight concerning this scripture. I wrote my son's name next to Matt. 17:15 several months ago because I know he is possessed by some sort of a demonic spirit. I pray for him and other parents who have children who fall prey to the adversary. I usually don't respond to blogs, but I was inspired to do so.
God bless,
Geegee