“Ye shall be Witnesses unto Me” 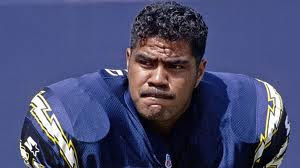 Acts 1:8 But ye shall receive power, after that the Holy Ghost is come upon you: and ye shall be witnesses unto me both in Jerusalem, and in all Judaea, and in Samaria, and unto the uttermost part of the earth.

Here’s the deal. In my dream, I was watching a group of children having recess on a school playground in San Diego. As recess ended and the children returned to their classes, I notice Junior escorting his own child back to the building, then making his way to his car. I confronted him and told him we had a mutual friend and I had an inconceivable story to share with him. He was patient enough to listen to me to tell him that somehow I knew his life would tragically end and he needed to prepare for death by trusting Christ. He accepted my story as true and promised to consider salvation. I urged him to make his decision soon, for time was of the essence. Then I awoke, feeling that I had failed to press him enough and now it was eternally too late!

Let me take you back to about 1991. I was in San Diego and a friend said he knew Junior Seau and all of the Chargers. In fact, he was the chef that provided their training table every day. He had challenged Mr. Seau to an arm wrestling match. Only he was allowed to use both arms to Junior’s one. It still wasn’t much of a match. Junior then provided us tickets to a Broncos-Chargers game to be played on Sunday afternoon. We sat in the section which seated the Chargers loved ones. Being avid Broncos fans, we wore Denver gear and cheered on the Broncos. No good deed goes unpunished, does it?

So, we had had this actual brush with a man who would later act out of desperation and go off into eternity unprepared. What had I done, what had my friend done, to help him on his afterlife journey? Nothing! We graciously took his gift, but failed to offer him the best Gift of all.

Had I known that Junior Seau would one day put a shotgun to his chest, perhaps I would have made some attempt to save his eternal life. But the fact is, everybody I will meet today is terminal. What will I do about them? I need to be a better witness.

Posted by Pastor Fuller at 6:29 AM