Such as I Have 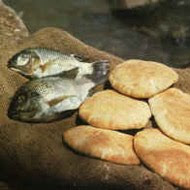 Act 3:1 Now Peter and John went up together into the temple at the hour of prayer, being the ninth hour.
Act 3:2 And a certain man lame from his mother's womb was carried, whom they laid daily at the gate of the temple which is called Beautiful, to ask alms of them that entered into the temple;
Act 3:3 Who seeing Peter and John about to go into the temple asked an alms.
Act 3:4 And Peter, fastening his eyes upon him with John, said, Look on us.
Act 3:5 And he gave heed unto them, expecting to receive something of them. Act
3:6 Then Peter said, Silver and gold have I none; but such as I have give I thee: In the name of Jesus Christ of Nazareth rise up and walk.
Act 3:7 And he took him by the right hand, and lifted him up: and immediately his feet and ankle bones received strength.
Act 3:8 And he leaping up stood, and walked, and entered with them into the temple, walking, and leaping, and praising God.
Act 3:9 And all the people saw him walking and praising God:

God doesn't want from us that which we don't have, He uses what we do have. Moses had a rod, Samson had a jawbone, a little boy had 5 loaves and 2 fish, a man on Olivet had a donkey, a friend had an upper room. Peter and John had no money, but they had a connection with the resurrected Jesus.

Because these servants were willing to offer what they had, 3 million Jews were freed from bondage, 1,000 of the enemy were slain, 5,000 were fed, the King rode into Jerusalem, Pentecost occurred, and a lame man walked.

You may not have much to offer today. Your strength may be small and your wallet very thin, but God doesn't need a whole lot to do drastic things. Little is much when God is in it!
Posted by Pastor Fuller at 7:17 AM