Everything Changes, But He Never Does! 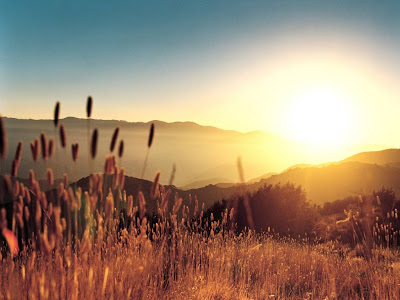 And so, after he had patiently endured, he obtained the promise.
For men verily swear by the greater: and an oath for confirmation is to them an end of all strife.
Wherein God, willing more abundantly to shew unto the heirs of promise the immutability of his counsel, confirmed it by an oath:
That by two immutable things, in which it was impossible for God to lie, we might have a strong consolation, who have fled for refuge to lay hold upon the hope set before us:
Which hope we have as an anchor of the soul, both sure and stedfast, and which entereth into that within the veil; Heb 6:15-19

Lately, my morning routine of my perusal of e-mails, the morning news, a scan of the sports section and then down to business with my devotions once the house is quiet, has been bothered by an unnamed sense of dread.

Who knows? Maybe it’s just too much caffeine. But by the time I am into the Word, I have been getting jittery, nervous about the day, unsure of things.

Enter my solid Rock! Though everything about me is in a state of flux, the constant counsel of God is confirmed to me, an heir of His promises, in its immutability.

I am resting today on the precious promises of God's unchanging Word. That which has never failed me is as sure today as it ever was. No amount of coffee jitters or agenda changers can nullify the principles of His Book nor His love and faithfulness to His own.

His mercies are new to me every morning and they take on different manifestations, but the Author is steadfast and dependable.

And so, I rest in the palm of God's unchanging hand, knowing I am safe whatever befalls me. Pass the creamer, I could use a 3rd cup.
Posted by Pastor Fuller at 9:26 AM