God Remembers We are Just Flesh 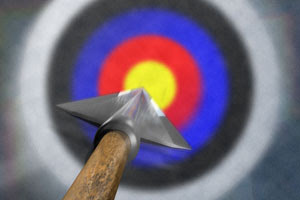 Psa 78:38 But he, being full of compassion, forgave their iniquity, and destroyed them not: yea, many a time turned he his anger away, and did not stir up all his wrath.
Psa 78:39 For he remembered that they were but flesh; a wind that passeth away, and cometh not again.

Thank God for His wonderful, abundant mercy! We are fully deserving of penury and penalty here on earth and hell to follow.
But God is full of compassion. He is slow to anger, righteous anger. The reason for His patience to us is that He remembers what we are made of. Faltering, failing flesh. We are as stable and dependable as the wind that passes by.
And so, He forgives when we fail, He shows compassion when we show coldness, He turns away His anger when we turn antagonistic.
He remembers what we are made of. Today, let's remember God's character, holy and just, but merciful and loving.
Now look at verse 50...He made a way to his anger; he spared not their soul from death, but gave their life over to the pestilence;

The Lord had turned away His anger from His people, but when it came to Egypt, He made a way to His anger. In other words, He found a way to deliver it.
Think of an archer shooting at targets 30 paces away. One target, he decides to turn completely around and shoot his arrow harmlessly in the opposite direction, but the next target, he shoots the bull's eye with precision.
This was the difference between ancient Israel and Egypt.
Make sure that you are one of His own, rather than on the delivery end of His anger.
Posted by Pastor Fuller at 5:32 AM