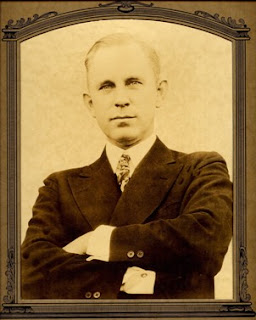 Proverbs 29:25 The fear of man bringeth a snare: but whoso putteth his trust in the LORD shall be safe.

Great freedom ensues when we give up our fear of man and trust God comepletely.

Daniel threw open his windows and prayed when the law said it was illegal. Down into the lion's den he went for his disregard of the king's decree. But God took good care of the man who feared only Him.

Shadrach, Meshech and Abednego stood firm in defiance of the command to do obeisance to the idol when the music played. Into the furnace they went for their lack of fear of the king. But God walked in the fire with them and not a hair of their heads was seared.

Pharaoh’s chariots bore down upon the Jews as they stood on the shore of the Red Sea, but Moses, who had met God at the burning bush, would not fear the Egyptian armies. Instead, he raised his cane over the sea and proclaimed, "Stand still and see the salvation of the Lord!" The waters parted, Israel crossed over on dry ground and their assailants were drowned as the waters returned.

The Disciples preached when the magistrates told them they couldn't. "We ought to obey God rather than men." they replied and then preached to the very ones who told them they couldn't. They sought to slay them but God used Gamaliel to speak up on behalf of the Disciples. They were beaten and released. But the Apostles went on their way rejoicing that they had been counted worthy to suffer shame for Jesus' name. The result... "And daily in the temple, and in every house, they ceased not to teach and preach Jesus Christ."

It was said of J. Frank Norris, the old time, fighting fundamentalist, that he feared nothing or no man, only God. He accomplished amazing things that no lily-livered preacher could ever dream of.

Harvey Springer, while preaching the gospel, had a shotgun aimed at his chest by a man who hated him. He approached the man, put the barrel to his chest and said, "Go ahead and pull that trigger, God isn't through with me yet." The man pulled the trigger and the gun misfired.
Mordecai Ham was threatened relentlessly by his detractors, especially those of the liquor industry, yet he preached in power and their threats and attempts on his life failed each time. He brought over 61 thousand people to the Lord in Texas and almost 56 thousand in Tennessee.
But, how we cower in a corner when some little namby-pamby limp wrist shoots us a scornful look. We shrink from sharing the gospel. When are we going to realize that "God plus me is a majority!"?

The problems ensue and the snares come, not from us disobeying man, but from us shrinking from boldness in the faith.

Stand up for God today. Let the world know that the Bible is true, Jesus saves and you cannot be silenced.

Say with the three Hebrew children, O Nebuchadnezzar, we are not careful to answer thee in this matter. If it be so, our God whom we serve is able to deliver us from the burning fiery furnace, and he will deliver us out of thine hand, O king. But if not, be it known unto thee, O king, that we will not serve thy gods, nor worship the golden image which thou hast set up. Dan 3:16-18
Posted by Pastor Fuller at 6:18 AM

I'm glad for your reminder that the disciples said they would obey God, rather than men.

It reminded me of another verse spoken by Jesus Himself: "But in vain they do worship me, teaching for doctrines the commandments of men." Matt. 15:9