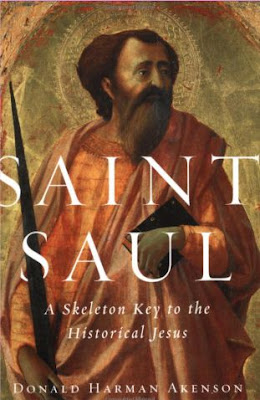 Act 13:6 And when they had gone through the isle unto Paphos, they found a certain sorcerer, a false prophet, a Jew, whose name was Barjesus: 7 Which was with the deputy of the country, Sergius Paulus, a prudent man; who called for Barnabas and Saul, and desired to hear the word of God. 8 But Elymas the sorcerer (for so is his name by interpretation) withstood them, seeking to turn away the deputy from the faith. 9 Then Saul, (who also is called Paul,) filled with the Holy Ghost, set his eyes on him, 10 And said, O full of all subtilty and all mischief, thou child of the devil, thou enemy of all righteousness, wilt thou not cease to pervert the right ways of the Lord? 11 And now, behold, the hand of the Lord is upon thee, and thou shalt be blind, not seeing the sun for a season. And immediately there fell on him a mist and a darkness; and he went about seeking some to lead him by the hand. 12 Then the deputy, when he saw what was done, believed, being astonished at the doctrine of the Lord.

Can you imagine changing your name in honor of one of your converts? That's how Saul became Paul.

This is a fantastic story. Barjesus, also called Elymas the sorcerer opposed the gospel message brought to Mediterranean Island, Paphos by Barnabas and Paul.

I can only imagine, by reading between the lines, that he was trying to put a hex on the preachers. He was employing sorcery. Paul had strong words for him. He told him that he was full of all subtlety (trickery and deceit) and mischief (malignity). He called him a child of the devil and an enemy of everything right, a perverter of God's ways.

So Paul turned the tables on him and cursed him with blindness. Alas, Elymas left with his tail between his legs, begging for someone to lead him by the hand.

This altercation between good and evil, God's men and Satan's slave, left quite an impression on the Roman Proconsul, Sergius Paulus. Seeing this display of God's power and hearing the gospel, he apparently trusted Christ. In honor of this conversion, Saul told him, "I am changing my name to Paul. Been nice knowing you, we gotta sail now."

I am thinking that he was needing a new name anyway. Everywhere he went, his reputation as Saul of Tarsus preceded him. People had a hard time believing that he was for real as a Christian. So the name change was a welcome blessing.

Had this not happened, we would be used to hearing of St. Saul's Cathedral and listening to Peter, Saul and Mary. Sounds strange, doesn't it?
Posted by Pastor Fuller at 5:38 AM