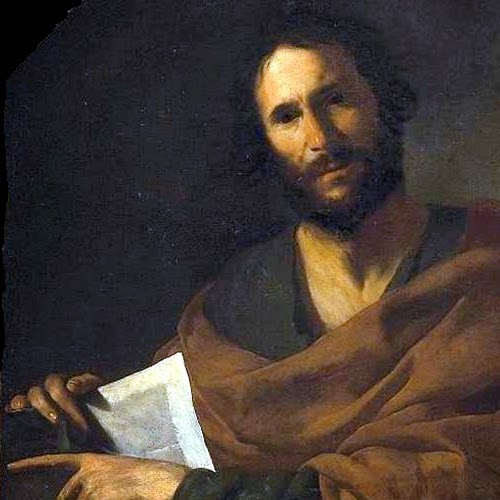 III John 1:1  The elder unto the wellbeloved Gaius, whom I love in the truth.
Who was this recipient of the 64th book of the Bible? Not everyone gets their own book of the Eternal Book! So, what do we glean from his testimony?

The letter from the Apostle John to this man is the only New Testament book not containing the name Jesus or His title, Christ. Yet this man is a prime example of Christlikeness. There is no doctrine mentioned, yet, this is a man of truth by word and deed. Interestingly, his letter was added to the canon of Scripture later than any other. If it were not for the direction of the Holy Spirit, it might not have been included. Yet, we are enriched by Gaius' example.

It is possible that this Gaius pastored the work at Pergamos. (See Revelation 2:12-17)

Some things we find about this good brother:
1. He was well loved - 1
Imagine, among the notes on your resume' is the notation that the apostles and their protégées think so highly and lovingly you!

2. He was part of the truth band - 1
A primary link between John and Gaius was the truth. Their relationship was based in the truth of Jesus and His Word. Unity requires the foundation of truth. All other glues are faulty and will eventually fail.

3. His soul was healthy -2
John wished prosperity and health upon his friend and co-laborer, just as his essence; his mind, will and emotions, were strong.

4. He exercised hospitality - 3, 5
It is believed that Gaius was a man of some substance. He had the ability to room and board traveling saints. The sacrifice of his abundance for the propagation of the gospel is noteworthy. He willingly opened his home, pocketbook and pantry to the gospel troubadours passing through his locale.

5. He was fruit of John's ministry - 4
What a spiritual heritage! There would be no arguments about election, the sinner's prayer, the Roman's Road, repentance or Lordship salvation. He was a child of the King and spiritual offspring of the last living Apostle. Whatever prayer or posture, Gaius was a truth-walking/talking disciple of the disciple of Christ.

6. He was charitable - 6
Love is one thing, but love in action is key. Charity demonstrates love with its work boots on. Gaius' ministry to the church was more than mere words or emotions. It was something that visitors saw and bore witness of.

7. He was generous - 7
Nobody was in want when exiting Gaius' presence. Their bellies were full, as were their pockets and spirits.

8. He was warned about such as Diotrephes and encouraged about those like Demetrius - 9-12.
There are those brethren, like the latter, who will enhance the life of a servant like Gaius. Then there are those false church types who will poison a brother's spiritual life and health, like the former. Evil communications corrupt good manners, said the Apostle Paul. Avoid the divisive, dissenting, self-serving types and sidle up to those with sterling reputations. Soar with eagles rather than strut with turkeys.

God, grant us brothers like Gaius, open-hearted and open-handed. People who serve in the trenches, blessing their fellow servants with spiritual fellowship and physical care. Count us worthy to merit mention in the annals in which your recording angels are making entries even now. Amen!
Posted by Pastor Fuller at 8:23 AM