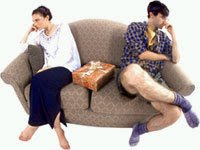 Pro 13:10 Only by pride cometh contention: but with the well advised is wisdom.

Dionne Warwick sang it decades ago. "Foolish pride that's all that I have left." What a legacy, huh? "They may not have anything else, but they've got their pride." Nice way to live!

Think about the last time you had a fight with someone. Perhaps unkind words were exchanged, voices were raised, or even worse, items were flung, doors were slammed. Well, let's hope it wasn't worse than that.

Now, what was the source of that contention? The Bible nails it right here. The root problem was pride. Someone was slighted, they didn't get their way, their agenda was thwarted, they were punched right where it hurt most, their ego.

Face it, whether the conflict is among nations, between opposing teams, among neighbors, in a church or in the home, it all comes down to pride.

The Bible has not one good thing to say about pride. We've been taught to have pride but the Bible says God hates it. We hang on to it until it is all we have left, but God resists the person who clings on to it. Pride is never good, because the only thing that results from pride is contention, and contention only and always results from pride.

So, swallow your pride. God shows His grace to those who do so.

Father, your dear Son, Jesus, was our great example. He humbled Himself to become obedient to you, not His own agenda, but yours. He became obedient even unto death, so that we might have life. Had He, who deserved to be prideful if any ever have, had He maintained His right to pride, we would still be have our fightings within and without. but because He said, "not my will but thine be done" we have peace with you, peace within and peace that passes all understanding. Let us be more like your humble Son in our dealings today. Amen!
Posted by Pastor Fuller at 7:20 AM