I Marvel that You are so Soon Removed! 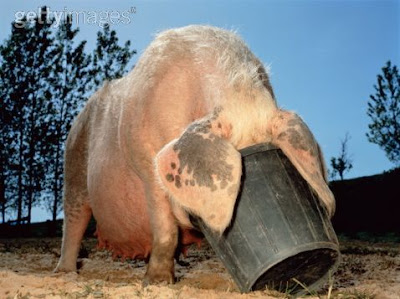 Gal 1:6 I marvel that ye are so soon removed from him that called you into the grace of Christ unto another gospel: 7 Which is not another; but there be some that trouble you, and would pervert the gospel of Christ. 8 But though we, or an angel from heaven, preach any other gospel unto you than that which we have preached unto you, let him be accursed. 9 As we said before, so say I now again, If any man preach any other gospel unto you than that ye have received, let him be accursed.

So get this, a person is taken from the pig pen of this world, having been beaten over the head all of his life with innocuous religion. He or she is given a new life, free of sin, baptized into Christ and on their way to heaven. Then that person is fooled into thinking that the old way, or another way is somehow better.

Is it any wonder why Paul was flummoxed? Oh, friend, I have seen it happen a thousand times too. Not only are new converts devoured by the destroyer, but I have seen many confirmed believers turn their back on the truth and go after the fables of Satan.

1. THE FISH THAT NEVER GOT HOOKED - The individual never came to a true saving knowledge of Christ. They adopted a form of godliness, but in the end, they denied the power thereof.

2. ROBBED FROM THE NURSERY - They believed and were saved, but were never discipled into the faith. One must become fully grounded in the faith, or else the cares of this world will choke the tender life out of them. Perhaps, because they have no root, the trials of life will cause them to wither away. Either way, babes in the nursery must be guarded, because those that preach another gospel, which is not the gospel, are constantly on the prowl for those babes left unguarded.

3. DIDN'T READ THE FINE PRINT - Some become disenchanted because of hypocrisy in others, or because they were not prepared for a deal they didn't bargain for, that is, the certain trials that accompany the Christian life.

4. BESETTING SIN - Some believers are simply overtaken by fault and never recovered.

These and other maladies cause those who continue on in the service of the Lord to grieve for their fallen brethren. But God never gives up on those who are removed from their faith, for He never leaves nor forsakes those who have come to Him in faith. He will exhaust every effort to bring the wandering sheep back to the fold. The hound dogs of heaven, goodness and mercy, will follow each blood bought soul all the days of their life.

Meanwhile, we marvel at those who believe the lies of the enemy.
Posted by Pastor Fuller at 6:17 AM